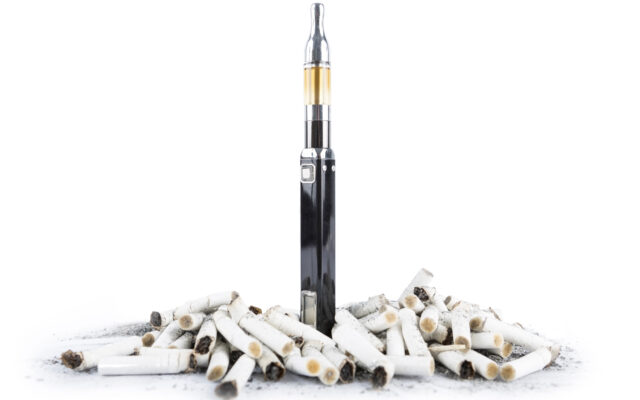 E cigarette standing in a stack of cigarette butts, isolated on a white background.

Tobacco use has declined, but nicotine dependence is still an issue, according to a new survey from the Minnesota Department of Health.

The 2020 Minnesota Youth Tobacco Survey found that 1 in 5 high schoolers in the state use e-cigarettes, while 70% of middle and high school users report signs of nicotine dependence.

Health officials say public health efforts have slowed the rapid growth of vaping in recent years.  Use held steady in 2020 compared to 2017.  Overall tobacco use decreased from 26% to 20% for high school students.  Middle school use dipped from 5% to 4%.

Flavors are also a factor.  MDH says about 4 in 5 – or 78% – Minnesota students reported the first tobacco product they ever tried was flavored.

The survey has been conducted since 2000.

Federal lawmakers raised the age for purchasing tobacco and vaping products to 21 in 2019.

Youth vaping remains at epidemic levels, according to the U.S. Centers for Disease Control, which reports 3.6 million youth in the U.S. use cigarettes.