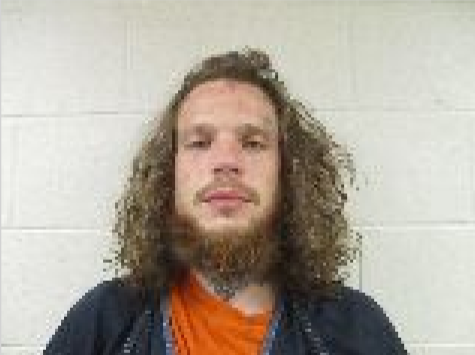 According to a release from NUPD, police received a report of an assault in the McDonald’s drive-thru line at about 9:01 p.m., before the theft of the vehicle.  The assault victim reported that a man walked up to his window and punched him in the face, unprovoked.  The suspect then fled the scene, according to police

At 9:14 p.m., police received a report of a white Ford SUV that had been stolen from the Kwik Trip parking lot.  The owner reported that there was a handgun that was stored in the glove compartment.  The stolen vehicle was seen traveling south on Broadway by officers.

A press release from the Blue Earth County Sheriff’s office said deputies were made aware of the stolen SUV at around 9:15 p.m. Tuesday.  The vehicle was believed to be a retired police interceptor.

At about 11:30 p.m., the stolen white Ford was spotted traveling east on Highway 60 at speeds in excess of 100 miles per hour by a Lake Crystal police officer, according to the release.  The officer pursued the vehicle for a short distance, but lost sight of it, says the release.

Police received a tip that the stolen vehicle had attempted to get fuel in Amboy, and the SUV was discovered unoccupied on Highway 169 near the Faribault County line at about 11:45 p.m.  The sheriff’s release says the glove compartment was left open and the handgun was missing.  Law enforcement continued to search the area with K9’s and air support from the Minnesota State Patrol, but a suspect wasn’t located.

Smith was arrested Wednesday morning just after 9 a.m. when deputies responded to a report of a suspicious person walking along Highway 169 in the Amboy area.

The handgun was not recovered at the time of the press release.

Smith was arrested without incident and turned over to the New Ulm Police Department.  Investigator Chris Moellenhoff with NUPD says possible charges against Smith include theft of a motor vehicle and third-degree assault.

The incident remains under investigation.