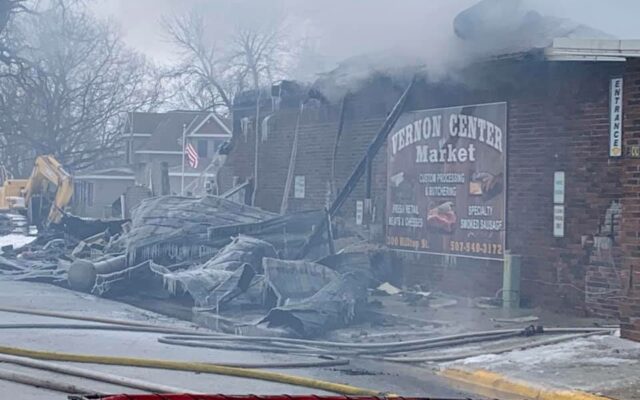 A business central to the Vernon Center community was destroyed early Tuesday morning by fire.

The Vernon Center Meat Market on Hilltop burned to the ground, devastating the small community, which relied heavily on the business.  Ron Montgomery is the owner of the meat locker.

Vernon Center Fire Chief Justin Davis said his department was called to the scene at around 4 a.m.  Heavy smoke was emerging from the building when crews arrived, according to Davis, and shortly after, flames.

Davis said firefighters pulled much of the steel roof off of the building to get to the blaze.

There was no one inside the building when the fire started, and no injuries were reported.  Davis called the building a total loss.  “It’s a horrible situation for them,” he said.  “There isn’t much left for them.” 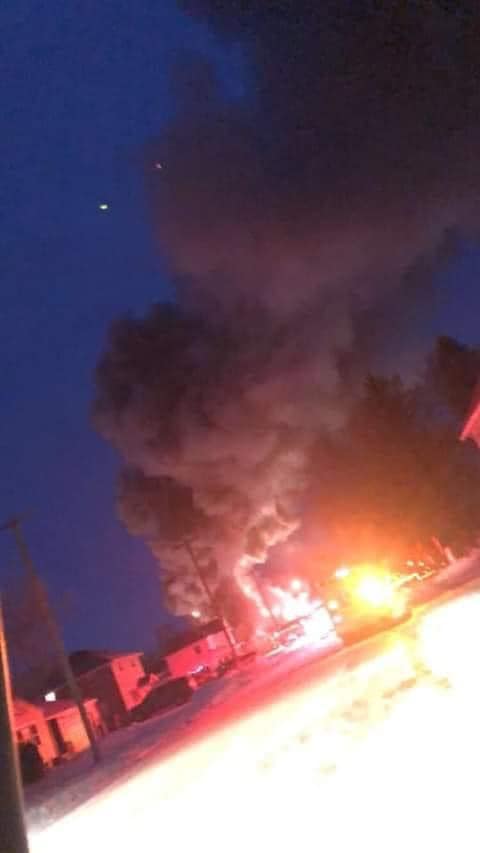 The fire chief wasn’t certain where the blaze originated, or what caused it.  An investigation is underway by the state fire marshal’s office.

Crews remained on the scene for about 9 1/2 hours.  Firefighters from Lake Crystal, Amboy, Good Thunder, and Mapleton assisted at the scene.

A benefit account has been started for Ron Montgomery.  Donations can be made at any Community Bank location in Vernon Center, Amboy, Mankato, or Eagle Lake.