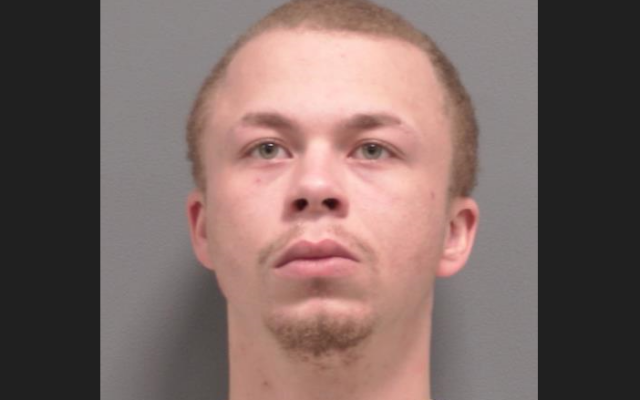 A warrant has been issued for a man accused of burglarizing an Elysian construction company in 2020.

Lindeman is accused of stealing more than $23,000 in property from Henninger Construction, where police responded in late December 2020 to a report of a burglary.

Shop surveillance cameras showed two men and a woman enter the shop by forcing open an overhead door, according to a criminal complaint.  The company owner and a project manager reported a missing 2002 Ford Excursion worth $12,500.  The thieves also took electronics, tools, and change from the soda machine, according to the charging document.  Investigators say $23,445 in property was stolen.

A cigarette butt found at the scene near the door where the suspects had entered was collected and sent to the Minnesota Bureau of Criminal Apprehension.

In January 2021, the Excursion stolen from the construction site was located at a farm site in rural Dodge County.  A cigarette butt in the driver’s seat was also sent to the BCA for testing.

Investigators say the DNA from the cigarette butt at the scene was run through the Minnesota Convicted Offender database and matched the profile of Lindeman. Lindeman’s DNA was also a match for the cigarette butt found in the stolen vehicle, according to the complaint.

The Le Sueur County Sheriff sent a media release Wednesday asking anyone with information on Lindeman’s whereabouts to call the Sheriff’s Office at (507) 357-4440.