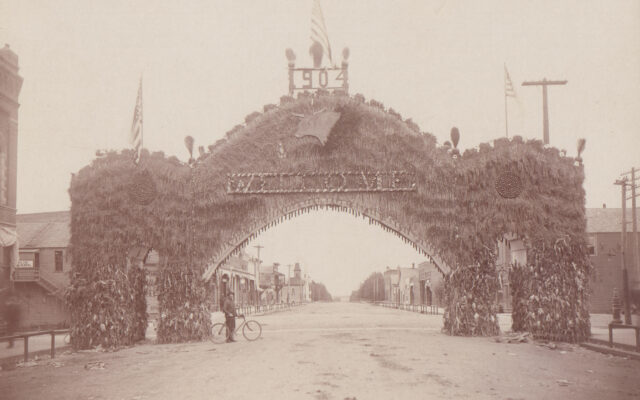 This week marks 165 years since Waseca County was incorporated, more than a year before Minnesota would be admitted into the Union.

Those years hold many unique and interesting stories that were recorded, thanks to the local newsman, says Waseca County Historical Society Executive Director Joan Mooney.  “Waseca County was very well-documented with photographs and notations,” Mooney said.  “We had an excellent newspaper. James Child was the first editor and he was set up in Wilton and then came to Waseca.”

Child wrote a book, Child’s History of Waseca, in which he documents people living in the different townships between 1854-1904.  “If he didn’t like you, you weren’t ‘in'” said Mooney.  “But he still did an incredible job of painting that picture.”

Waseca County was officially organized on February 27, 1857.  The village of Wilton was initially designated as the county seat.  A decade later, the railroad bypassed Wilton, and the city of Waseca was established, becoming the county seat three years later, in 1870.  That same year, a post office was established in New Richland, although the town wouldn’t be organized for another seven years, in 1877, the same year that East Janesville was re-incorporated to Janesville.

Though the county was organized shortly before the Dakota conflict began brewing to the west, research and early accounts show that white settlers co-existed with the local Santee branch of the Dakota, although details are sketchy, Mooney says.

The western townships were affected by the relationships because the government had set aside portions of Vivian and Freedom townships for the tribes, says Mooney.  But there was one prominent Waseca family that was greatly affected by the events of 1862.

William Everett and his family had settled on the shores of Lake Shetek in 1859 with plans to build a flour mill.  The Everetts and other families in the small settlement had developed friendships with some of the Dakota tribesmen, so it was a shock when the Dakota attacked on August 20, 1862.  William Everett was shot twice, but later recovered.  His wife, Mary Hatch Everett, and his two sons were killed as they fled the attack.  Everett’s six-year-old daughter, Lillie, was taken captive.

“It’s a very dramatic story,” Mooney said, noting that Lillie was eventually restored to her father, who was by then living in Wisconsin.  Everett, his second wife,  and his daughter then settled in Waseca.  He opened the first general store in Waseca in 1868.  In 1870, William finally built his flour mill.  EACO Flour was built on the rail line and shores of Loon Lake.  William Everett’s son eventually took over the mill.

Waseca County has seen its share of hardships in its 165 years.  Mooney immediately talked of the 1967 tornado when asked about significant events in the county’s history.  “That was huge,” she said.  “And it also affected other counties.”

Sunday, April 30, 1967, was long known as “Black Sunday,” to the residents of southern Minnesota, according to the National Weather Service. That “windy, humid afternoon was replaced by an evening of devastation and destruction, as a series of northward moving supercell thunderstorms spawned several long-tracked, violent tornadoes across Freeborn, Waseca, and Steele counties,” says the agency’s account of the storms.

Portions of Waseca were destroyed between 6 p.m. and 7 p.m. that evening, a tornado carving a four-block-wide swath through the town.  New Richland was also hit hard.  Three tornadoes hit the county, ranging in strength from F2 to F4.  Thirteen southern Minnesotans were killed.

More recently, in the Fall of 2016, the county suffered significant and devastating flooding and was declared a disaster area.

Mooney is proud of the work the county has done to preserve its history.  She notes that downtown Waseca was named to the National Register of Historic Places just two years ago, which took significant work and documentation.

But the historical treasures in the county go beyond Waseca the city.  Waseca County boasts the only honey farm – or apiary – in the United States on the National Register of Historic Places.  Located in Janesville Township, Hofmann Apiaries was named to the register after six years of effort.  The restoration is about half complete.  “It’s something Waseca County can be very proud of,” said Mooney, who says WHCS fights hard for agricultural history to be represented in the county.

“We have 12 townships that have been incredibly supportive of what we do,” said Mooney.  “Our challenge here is to not just collect our past history, but our current history as it’s happening.”