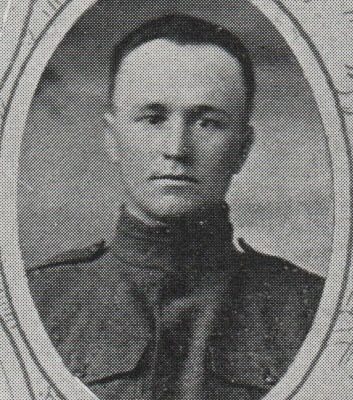 (Waseca, MN) – The Waseca County Sheriff’s Office uncovered a fascinating piece of its history while gathering information about the department’s past.

In Waseca, September 4 is Sheriff Donald D. Eustice Memorial Day, a proclamation issued by the Waseca County Board of Commissioners. Eustice was killed in the line of duty on Sept 4, 1976, while serving papers northwest of Waseca.  Up until recently, it was believed that Eustice was the only fallen officer in the history of the department. But the sheriff’s department received information from two separate people about another Waseca County sheriff who lost his life in the line of duty.

In September 1940, Sheriff Lemick Arthur Larson and a local judge were en route to Mobridge, S.D. to pick up a man who had a warrant out for his arrest.  The warrant was for $70 in collections.

On the trip, Larson crashed with a livestock truck.  A newspaper article detailed his injuries: “Mr. Larson’s chest was crushed by the impact of the steering wheel, one leg was broken and he was otherwise injured,” said the story.  “His case was deemed hopeless from the start…”  Larson died at an Aberdeen, S.D. hospital the day following the crash, Sept 29, 1940.  He was 42.

According to an obituary posted in the newspaper, Larson was born in Steele County, and he grew up in New Richland.  He was appointed to the Waseca police force in 1924, and served one year.  He was re-appointed in 1926, but left the force when he won the election for sheriff in November 1938.

The information about Sheriff Larson is very important, the Waseca County Sheriff’s Office says, because Larson’s death was while in the line of duty.  Such deaths warrant recognition through multiple organizations, including the Minnesota Law Enforcement Memorial Page and the Minnesota Department of Public Safety.