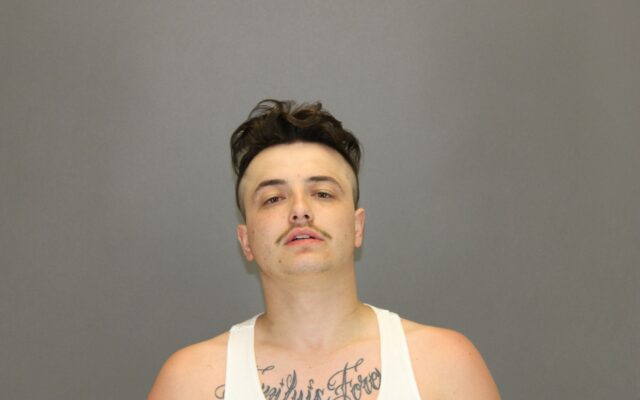 A man arrested on warrants following a pursuit with police in Faribault County earlier this week is facing more charges.

One of the criminal complaints says Jagodzinske threatened crimes of violence against two women on July 24.  A text allegedly sent to one of the women by Jagodzinske read: “I will ducking kill her.”  Another portion of the text said: “I’ll f**king blow her house up,” according to the complaint.

Jagodzinske was apparently trying to arrange a meeting with one of the victims, and he allegedly told her she was “f**king with her life,” and she was “on his list.”  He also threatened to “blast her ass over this s**t f**k you,” according to the charging document.

The second set of charges indicates that Jagodzinske punched his girlfriend in the face at least five times while she was driving and he was a passenger.  The alleged incident happened on July 17.  The victim suffered bruising to her face and a chipped tooth.  Her injuries were photographed by police.

Police say Jagodzinske has two prior convictions for domestic assault.