Snow and strong winds Thursday will be followed by bitterly cold temperatures, according to the National Weather Service.

A Winter Storm Watch has been issued for the Mankato area, while areas to the south, such as Albert Lea, could see blizzard conditions.  The watch goes into effect at 6 a.m. Thursday morning, expiring at 9 p.m. the same day. 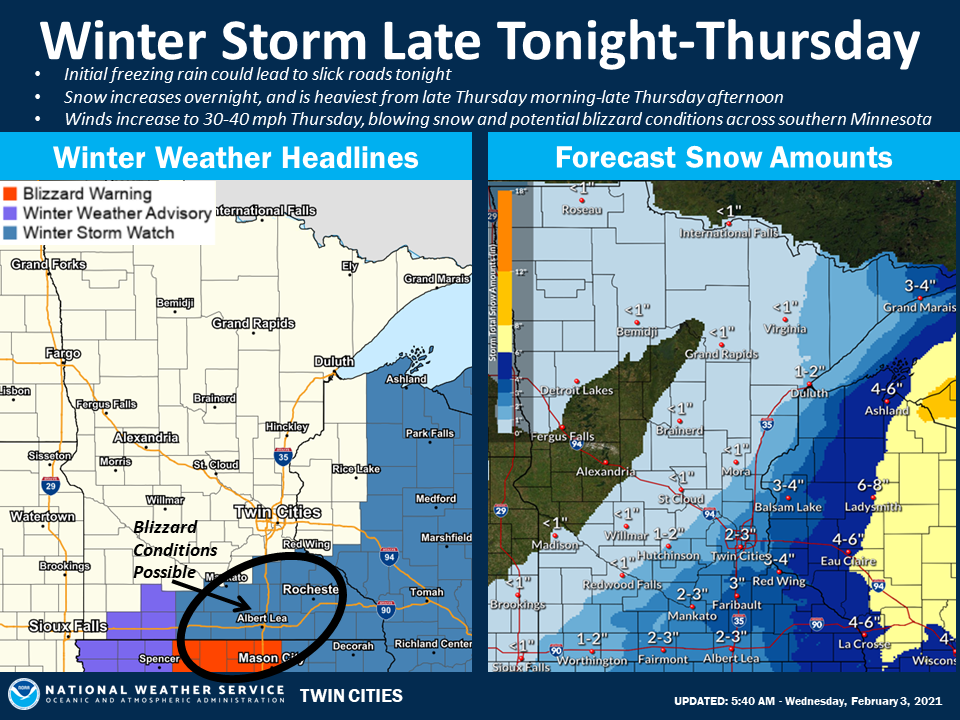 Winds are expected to pick up Wednesday night, with gusts up to 25 miles per hour possible.  A snow and rain mixture will begin falling early Thursday before the watch goes into effect, says NWS.

Snow will start around 11 a.m. Thursday in Mankato, with the potential for 2 to 3 inches accumulations in the area.  Winds will increase in the afternoon and into the evening, with peak winds gusts of 37 mph. 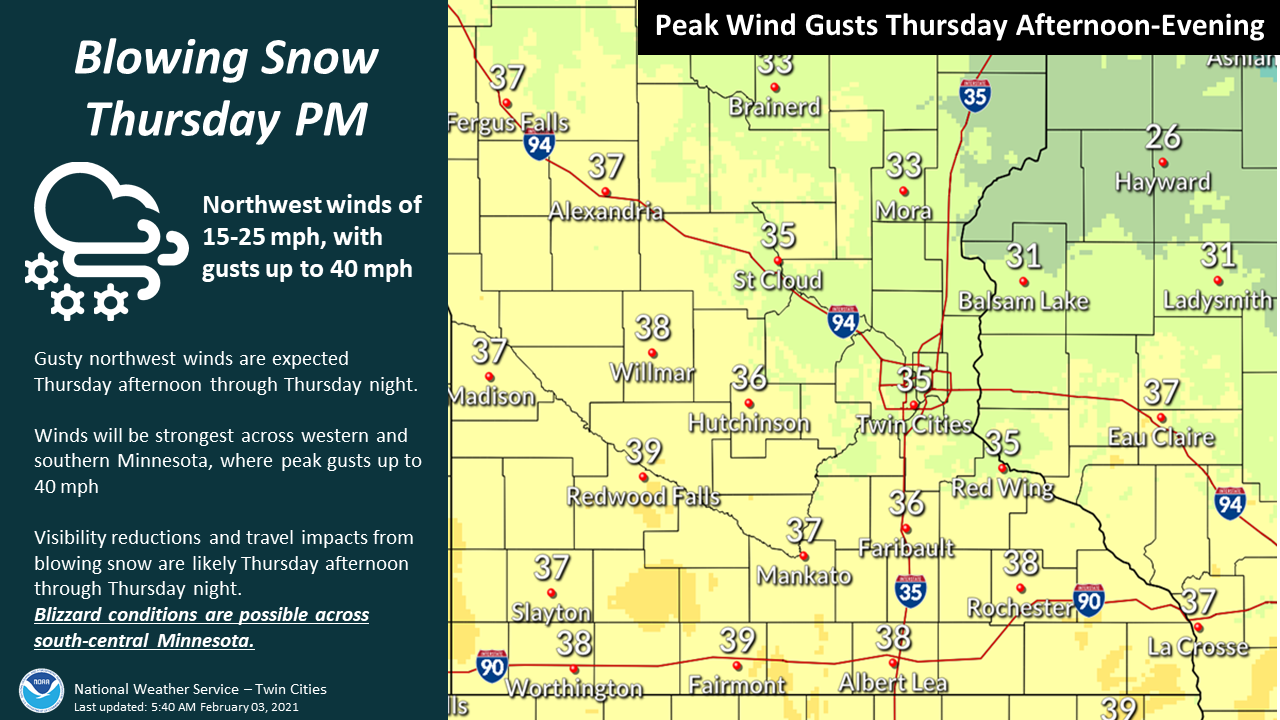 Thursday’s predicted high is 28 degrees, but temperatures will fall into the mid-teens by early evening, forecasters say.  Temperatures will drop even more overnight, with wind chill values as low as -14, but the coldest days will be during the upcoming weekend.

Bitter cold is expected Saturday through Monday, with temperatures 25 to 30 degrees below normal, according to NWS.  Temperatures could potentially remain below zero during the daytime. 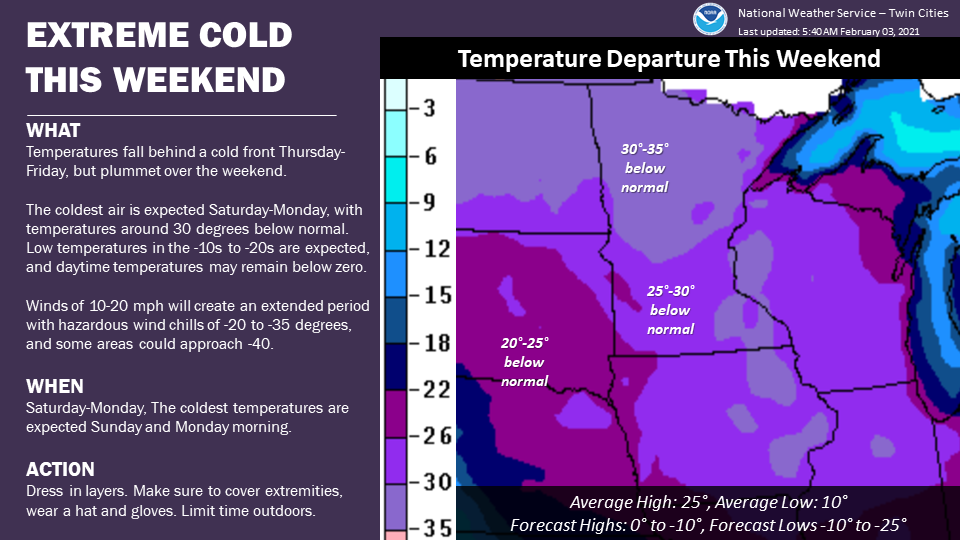