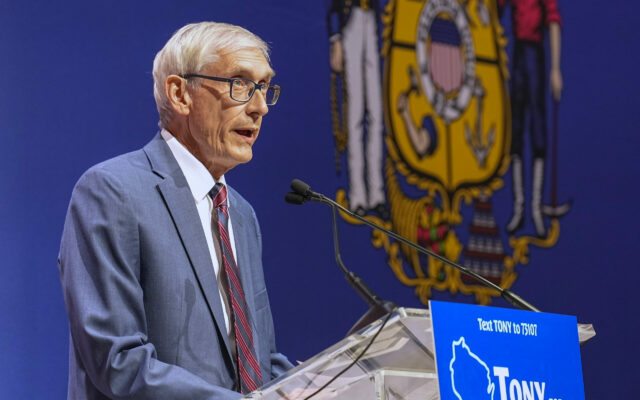 @ap.news FILE - Wisconsin Democratic Gov. Tony Evers makes his acceptance speech on Nov. 9, 2022, in Madison, Wis., after winning the governorship election. Wisconsin's Republican representatives in Congress on Tuesday, Dec. 6, called on Evers to delete the video platform TikTok from all state government devices, including his own, calling it a national security threat. (AP Photo/Andy Manis, File)

The lawmakers told Evers in a letter Tuesday that the popular video sharing app should be removed because it can be used by the Chinese government to spy on users and promote Chinese Communist Party propaganda.

The request comes a week after South Dakota Gov. Kristi Noem, a Republican, banned state employees and contractors from accessing TikTok on state-owned devices, citing its ties to China.

TikTok has been targeted by Republicans who say the Chinese government could access user data such as browsing history and location.