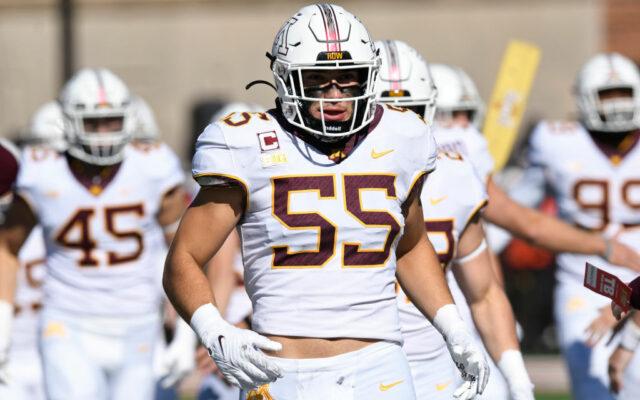 The University of Minnesota football team is in New York City getting ready to take on Syracuse in Thursday’s Pinstripe Bowl at Yankee Stadium.

The Golden Gophers are 8-4 on the season and hoping to register a second consecutive nine-win season.

Minnesota senior linebacker Mariano Sori-Marin is playing in his final game as a college player and says going out with nine wins would send him and his senior teammates out on a “strong note.”

The Orange enters play on Thursday with a 7-5 record, having dropped five of their past six games. The Gophers will attend tonight’s New York Rangers-Washington Capitals NHL game at Madison Square Garden as part of bowl week festivities in New York.

Thursday’s game kicks off at 1 PM.

Listen to Thursday’s game with coverage beginning at 11 AM on AM 1480 KAUS.