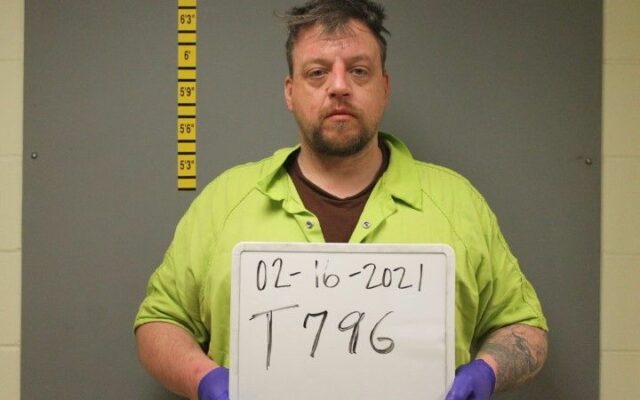 An Albert Lea man has been charged with felony stalking after he allegedly shot ball bearings at his ex-girlfriend’s car.

Travis Allen Cameron, 40, is accused of chasing his ex-girlfriend at high speeds on a county road near Albert Lea and trying to run her off the road.  A minor was in the vehicle at the time.

A criminal complaint says Cameron passed the victim on Co Rd 46, pulling up alongside her vehicle in the opposite lane, then stopped in the middle of the road.

Court documents say Cameron got out of his vehicle and started running at his ex, calling her a “f**king stupid bitch,” and “f**king w**re.”

The victim said Cameron then returned to his vehicle and shot something at her car, before turning around and passing the car to shoot at it again.  The victim was not sure what Cameron was shooting, but found a dent in the driver’s side quarter panel.

The victim said she and Cameron used to be in a relationship, and he is angry because she is seeing another man.

Cameron was hostile and defiant when questioned about the incident, according to the complaint.  Deputies noticed a silver ball bearing in the cup holder of his vehicle.  He was arrested and transported to the Freeborn County jail.

Police say Cameron has been suspected of shooting out windows with ball bearings and drives around with a Pocket Shot, which investigators described as “an evolution of a slingshot.”