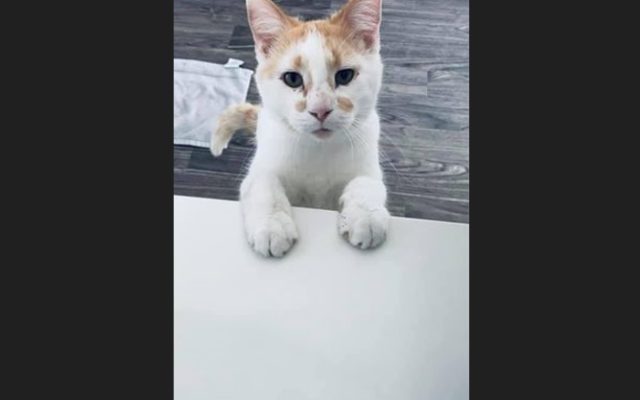 A pet salon owner is accused of neglecting the animals in her charge, leading to the death of several beloved pets.

A criminal complaint says Martens, the owner of the Happy Tails Pet Salon, was hired to take care of two pets for a couple during their vacation in February/March of 2021.

Martens was supposed to go to the couple’s rural Jackson County home regularly to feed, water, and check on Bentley, a 12-year-old Beagle, and Dwight the cat.

The couple talked with Martens a few times each day to check on the animals, and she assured them their pets were okay, according to the complaint.  But Martens allegedly called them later in their vacation and told them Bentley was dead.  Court documents say the dog was in good health when the owners left for the trip.

When they returned home on March 7, the couple found Dwight near death, lying in his litter box, according to the complaint.  Court documents say there was so much urine and feces throughout the house that the carpet required replacement.

Dwight was later euthanized due to fluid in his lungs and his inability to stand, according to the complaint.

The charging document says security camera footage showed Martens had not been at the home to care for the animals until March 6, 2021.  The couple left for vacation on February 21, 2021, and returned on March 7, 2021.

Martens allegedly admitted in text messages that she had not been on the property, even though she had told her clients she had been there.  The complaint says Martens refunded the couple’s money and claimed someone else was supposed to be helping her, but refused to name that person.

A family member of the couple had also left her three dogs in Martens’s care, and police say those animals were also neglected.

The woman reported she had left her pets at Happy Tails so Martens could care for them during her vacation.  When she returned, one of her Yorkies required extensive veterinary care and passed away after kidney problems caused by dehydration, according to the complaint.

A second Yorkie required antibiotics, and the third dog showed symptoms of “kennel rash,” from being left locked up for too long, according to the charging document.  All three dogs were covered in urine and could hardly stand when she picked them up, according to their owner.