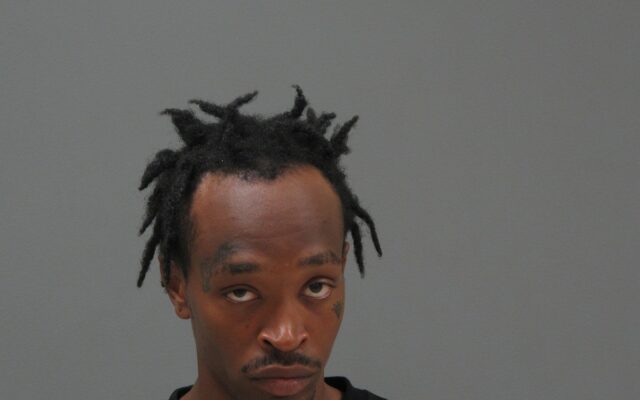 Drugs, a weapon, and ammunition were recovered after an Independence Day shooting in Mankato.

The Mankato Department of Public Safety responded at about 5:30 p.m. to the 300 block of Stadium Rd after several callers reported someone shooting at a vehicle after a disturbance.

Witnesses told police that a man in a silver vehicle shot at a red vehicle.  Reports indicated the suspect vehicle was occupied by a female and two black men, one of whom allegedly fired the gun.

Officers spoke with witnesses at the scene, where they also collected a 9mm shell casing.  Surveillance video from a nearby business allowed police to develop descriptions of the vehicles and people involved.  Police say the driver of the red vehicle was identified and contacted by phone, but was uncooperative and denied being involved in a disturbance.

The Minnesota Valley Drug Task Force was able able to identify two of the suspects in the silver vehicle, according to a news release from task force Commander Lt Jeff Wersal.

Agents began a surveillance operation on July 5 and requested Mankato police conduct a high-risk stop on the silver vehicle just before 4:30 p.m. The task force release identifies the driver and shooter as 46-year-old Antonio Powell of Mankato. Four passengers were also in the vehicle, including Lazheric Anotonio Martinez-Moore, 25, of Mankato, and Isabella Ann Hoogland, 20, of Mankato.  Two children, ages 10 and 11, who were in the vehicle were released to family members.

Police say Martinez-Moore was found in possession of 193 suspected Mbox 30 fentanyl pills.  Hoogland allegedly had 23 of those same pills in her purse.

Drug task force agents searched the vehicle and located a loaded 9mm handgun, an extended magazine, and several rounds of ammunition, according to the release.  Police say the live ammunition found in the car matched the shell casing found by police at the scene of the shooting.

Powell, Martinez-Moore, and Hoogland were all booked into the Blue Earth County Jail on potential charges of drug possession and for their involvement in the July 4 shooting.  The news release says several felony charges are pending.