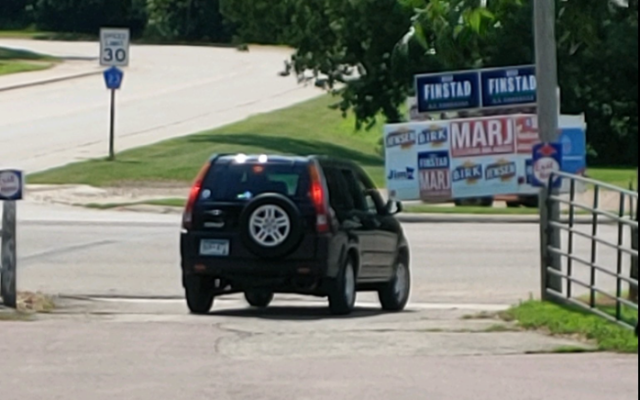 Suspect vehicle in an attempted abduction in Jackson, MN

Windom police are asking the public to remain vigilant after an attempted child abduction.

The incident happened at approximately 2:25 p.m. Friday on East Hill.

Police say an 11-year-old boy was riding his bike when a blue, four-door Ford sedan pulled up next to the child, got out, and told the boy to get into the vehicle.  The boy was able to run home.

The man was described as 6′ tall with darker skin, tattoos on both arms, short hair, and no facial hair.

The Windom Police Department is asking the public to remain vigilant and report anything suspicious immediately.  Police are also recommending that children walk in groups.

The incident is similar to three reports this month in Jackson, MN, which is about 20 miles southeast of Windom.

According to the Jackson County Sheriff’s Office:

The first incident happened around 2 p.m. on July 3, when a man with a beard asked an 11-year-old boy to get in his vehicle in the area of Butler Ave and North Highway.  The man sped off when the boy said no.  The man is described as white, with a beard and sunglasses. The vehicle is reported as an older red SUV.

The second incident was on July 10th.  Police say two adult men with dark complexions motioned a middle school-aged girl towards their vehicle while she was walking at the Jackson County Fairgrounds.  When the girl got into her own vehicle, the men made a gesture for her to roll down her window, which she didn’t do.  The vehicle appears to be a black, compact SUV that is pictured in this article.  Police say a third party was able to snap the photo.

On Thursday, July 14, a 7-year-old girl reported that a vehicle approached her in the area of North Sverdrup. as she was walking home.  The driver offered the child free candy and asked her to get in his vehicle.  The girl went directly home and reported the incident to her family.  The driver was described as having short, dark hair and a beard.  The vehicle was described as dark-colored, possibly blue.

Meanwhile, in Sleepy Eye on July 5, a teenage girl reported that a man repeatedly asked her to get in his vehicle, even as she began running.

Anyone with information on these cases should call 911.