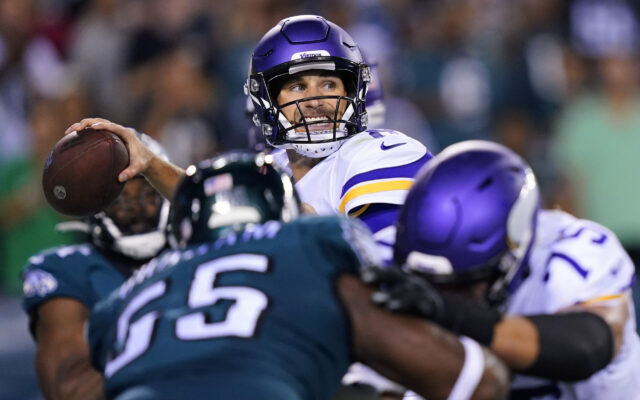 @ap.news Minnesota Vikings quarterback Kirk Cousins throws a pass during the second half of an NFL football game against the Philadelphia Eagles, Monday, Sept. 19, 2022, in Philadelphia. (AP Photo/Matt Rourke)

Cousins was 27 for 46 for 221 yards and one touchdown. Jefferson had six receptions for 48 yards. Cousins was the leading rusher with only 20 yards. Cousins’ lone TD pass was a 2-yard score to Irv Smith in the second quarter that made it 14-7.

The Vikings play the Detroit Lions on Sunday. It’s an opportunity for the Vikings to show if the opening-week win against Green Bay was an early-season fluke or if the dreary effort against the Eagles is something that will linger.