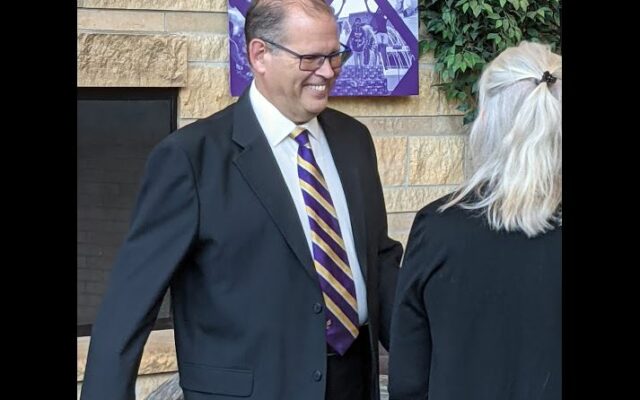 Dr. Edward Inch greets guests at a gathering on his first day as university president at Minnesota State University, Mankato

A reception was held for Dr. Inch Thursday, as the new president greeted a line of colleagues, faculty, and media. 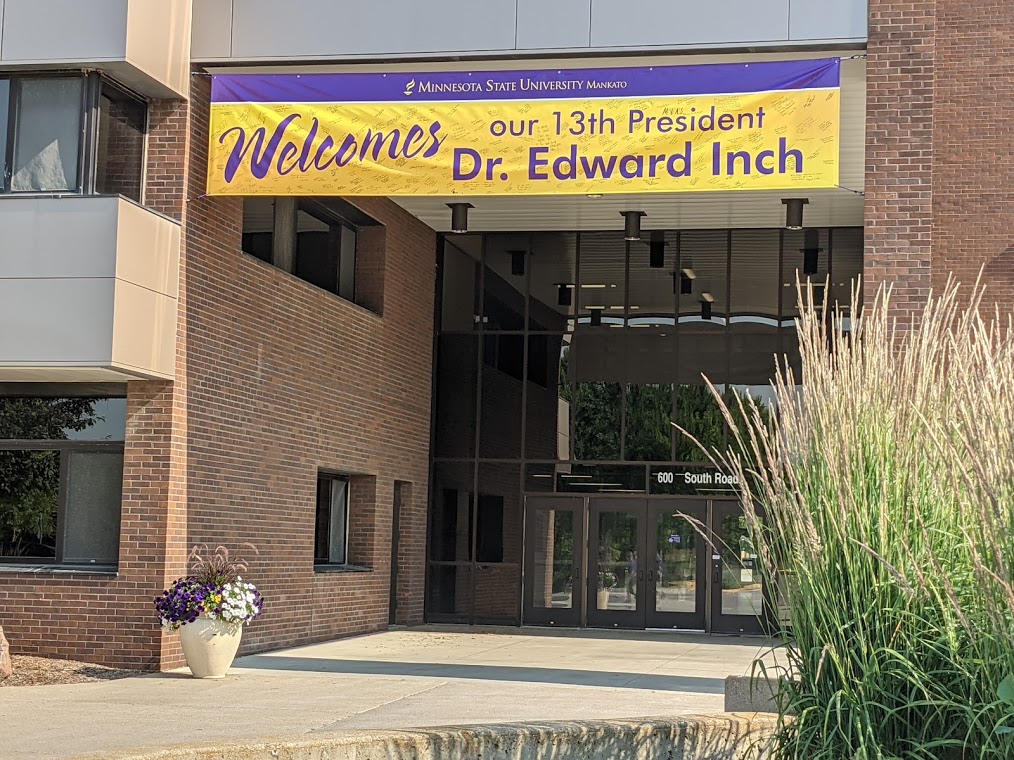 Inch most recently served as provost and vice president for academic affairs at California State University, East Bay.  Because of the COVID-19 pandemic, his interview process had been mostly via Zoom, so his first visit to MSU in 30 years first came in May, as he searched for a place to live.

Dr. Inch grew up in a small town in Washington state, so he’s no stranger to a small city the size of Mankato.  “One of the things I liked about it is how closely knit the community was, and how much people support one another,” Inch said.  “That’s what I was hoping to find in a position when I started looking, and this, to me, is the perfect place to be.”

Inch believes the biggest challenge in his new position will be enrollment, both attracting and retaining students.

The new president doesn’t know if he’ll be around as long as his predecessor, Dr. Richard Davenport, but, he says, “my hope is to be effective here for a long time.”

Dr. Inch’s personal hobbies include restoring British two-seater vehicles, and sailing, although he says he plans to be a workaholic for now.

Man airlifted to metro hospital after crash near Winthrop