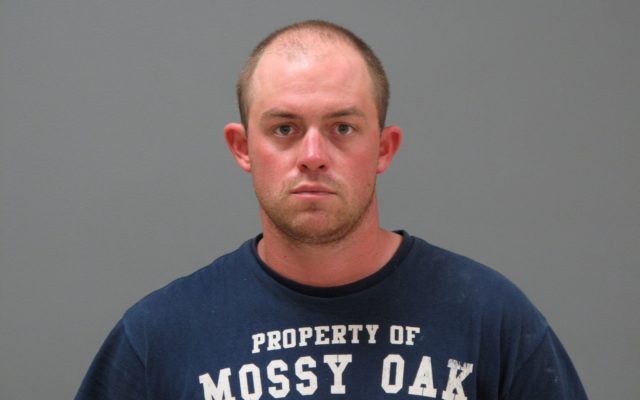 (Mankato, MN) – A man allegedly passed out in a hotel, later to be found after he tossed a beer can out of a pickup window, charges say.

According to a criminal complaint, police were called to the Microtel Inn & Suites on August 23 at 8:05 p.m. to a report an intoxicated man passed out in the hallway.  The caller said the man didn’t know his name or where he was.

Police were given a description of the man by hotel staff, who said the man was believed to have left the building through the north exit, according to the complaint. Police were about to check a pickup that was in the parking lot, when a Budweiser can flew out the passenger window, landing in front of the officer, says the complaint.

Inside the pickup was Burgie, according to police, who said that Burgie appeared to be in a daze.

Burgie failed several field sobriety tests, according to the complaint.  A preliminary breath test put his blood-alcohol level at .27.

Police say a loaded handgun was found in the backseat of Burgie’s vehicle.