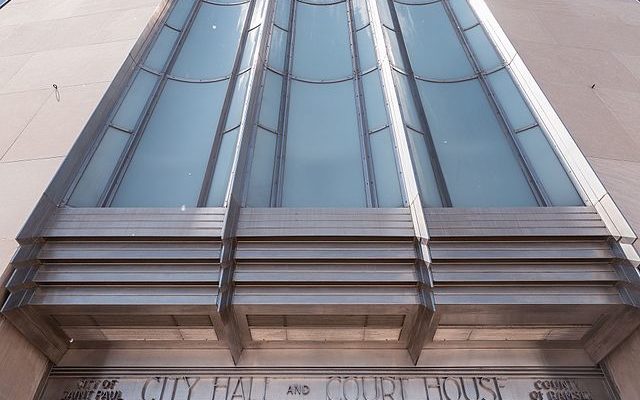 ST. PAUL, Minn. (AP) — A family fight following a sentencing for murder at the Ramsey County Courthouse caused deputies to lock down the building before gunshots were fired outside nearby in a shooting believed to be related to the argument.

No one was injured in the shooting several blocks from the courthouse Monday.

A judge sentenced Marcus Baker to more than 40 years in prison for fatally shooting of Shawn Jones in the Summit-University neighborhood last November.

The defendant’s family apparently had a fight in the lobby of the courthouse and when it began to get physical deputies escorted those involved outside. Soon after deputies heard gunshots fired.

Ballot processing underway in Nicollet County: How it works & what happens if your ballot is rejected

Trump to return to Minnesota for Rochester rally on Friday

7 new COVID cases at Mankato schools in past week

Ballots returned so far in Minnesota nearly double of 2016 total