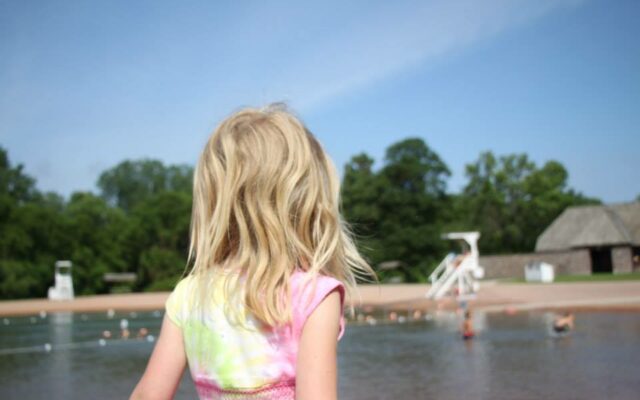 After two years of being shut down, the swimming pond at Flandrau State Park in New Ulm will reopen…if enough lifeguards can be found.

Craig Beckman, the park supervisor at Flandrau, says the park staff is planning for a June 3 opening, but finding enough lifeguards for the season has been a big hurdle.

Beckman said a minimum of five lifeguards are needed, but seven would be perfect.  He said the pool’s hours of operation could potentially be reduced if they can’t hire an adequate number of lifeguards.  If no one applies, it could even lead to the pool being shut down for the third year in a row.

Getting the proper training was apparently an issue for some potential candidates, but Beckman says a training session is scheduled for April 14 to April 16 at the New Ulm Recreation Center.

Anyone who is interested in a lifeguard position should call the park at (507) 233-1264, or email Maureen Morgan with any questions.

The pool was closed during the 2020 season because of the COVID-19 shutdown.  In 2021, park staff used the closure to focus on making improvements to the pond area, including the replacement of the skimmer, the inlet covers, and some of the operating systems for the pond filter.  New lifeguard chairs were also built.