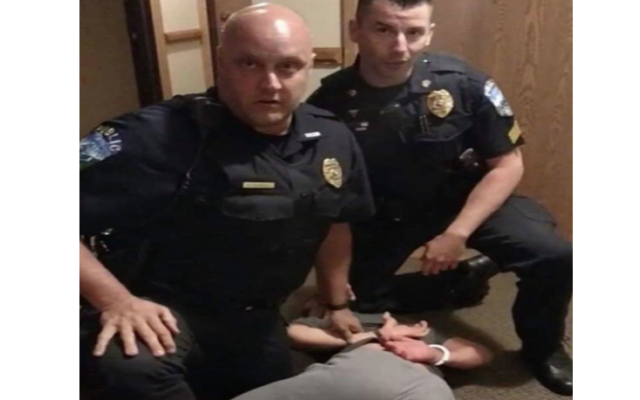 (Mankato, MN) – An independent firm will investigate a photo of two Mankato police officers restraining a man that recently surfaced on social media.

Director of Public Safety Amy Vokal said the department has hired an outside investigator for an objective and unbiased evaluation of the circumstances behind the photo, which was taken in 2015.  Vokal identified the policemen in the picture as Sgt Ken Baker, and Sgt Bill Reinbold, who was an officer at the time of the photograph.

The photo appears to show Baker kneeling on the neck of an unidentified man.  Vokal says the man is working closely with investigators, but prefers to remain anonymous.

“I don’t know how long it lasted, but they were the scariest of my life as I told the officer ‘I can’t breathe.” the man being detained in the photo said in a Facebook post. 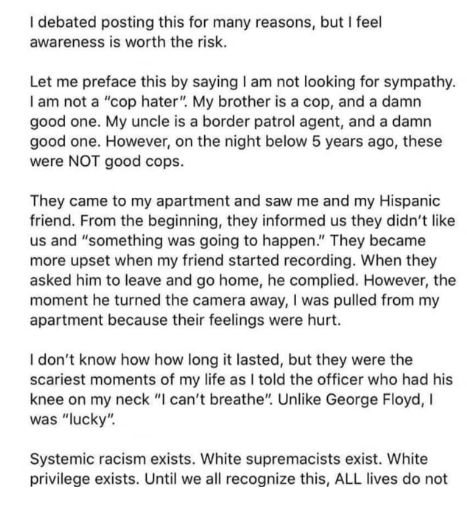 Complaints against Mankato police are rare, Vokal said, but are thoroughly investigated when they are received.  Of Reinbold and Baker, she says complaints have been brought forward on at least one of the officers.

“We are deeply disturbed by the death of George Floyd,” said Vokal.  She said that Floyd’s fatal arrest did not align with Mankato Public Safety’s training and culture.

The investigation is expected to take at least two weeks, and both officers will work as normal during that time.