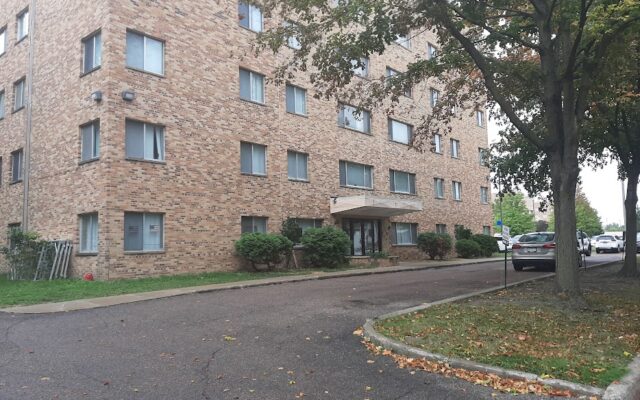 Echo Tower Apartments, where a shooting was reported on Sept 16, 2022

Investigators have released more details about a shooting on Friday that led to a neighborhood shelter-in-place warning.

The alleged shooter, Bashir Mohamed, 30, was arrested Saturday evening in the Hilltop area during a traffic stop.  He’s been booked in the Blue Earth County Jail on charges of 2nd-degree assault and fleeing police in a motor vehicle.

Investigators say the shooting stemmed from a disagreement.  Mohamed and the victim are familiar with each other, according to police.

Police responded to the Echo Tower Apartments before 9 a.m. to a report of a shooting.  Police say a male victim was shot in the hip and transported to a local hospital with non-life threatening injuries.  Investigators say the victim is no longer hospitalized.

Mohamed allegedly fled the scene following the shooting.  Police began following leads, but eventually learned he was no longer in the area.  At that point, investigators began searching for known associates in order to track him down.

A gun was recovered from the scene, according to Mankato Police.  A press release from Lt Jeff Wersal with the Minnesota River Valley Drug Task Force says drugs were also discovered at the apartment.  Agents found multi-colored pills M-30 pills.  A field test found that those pills contained fentanyl, according to Wersal’s release.  He says the pills have the street name “rainbow,” and are used to target young people.

Deputy Director Matt DuRose says investigators have some loose ends to tie up and additional evidence to process.  The Blue Earth County Attorney’s Office will determine charges for Mohamed, who will make his first appearance in court either Monday or Tuesday.