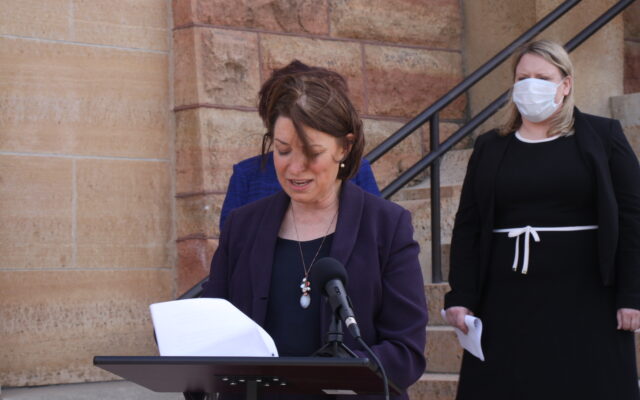 The Minnesota senator joined forces with her colleagues from Hawaii, Colorado, and Texas to reintroduce the “Future of Local News Act,” which would create a committee to study the state of local journalism and offer recommendations to Congress on actions it can take to support local news organizations.

“Local news organizations play a vital role in American democracy,” says a release from Klobuchar’s office, “but an industry-wide transition to digital media and the pandemic’s impacts on the economy has led to a rapid decline of the local news industry.”

Klobuchar’s father, Jim, who passed away last week, was a longtime newspaperman and journalist.

“As thousands of media outlets have been forced out of business, too many small towns and rural communities have become ‘news deserts’ without access to local news,” said Klobuchar.

According to a report from PEN America, more than 2,100 local newspapers have been shuttered in the last 15 years.

“As the daughter of a newspaperman, I understand that a free press is vital to our system of government. The Future of Local News Act would help ensure that we preserve the newspapers, radio stations, and broadcasters that keep their communities informed.”