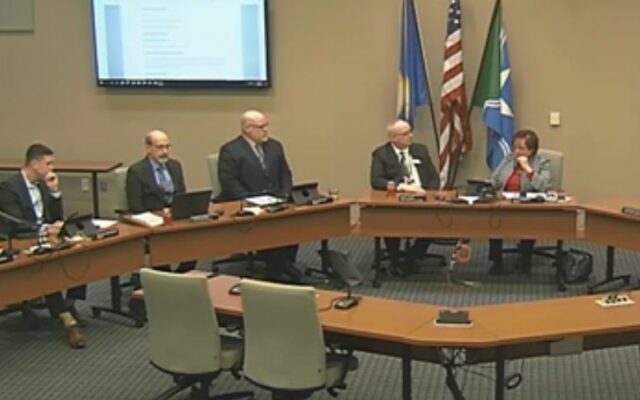 The Mankato City Council at its first meeting of 2023.

A new era was ushered in as two new Mankato City Council members were sworn in at last night’s meeting.

Mike McLaughlin and Kevin Mettler took the oath of office.

McLaughlin is Blue Earth County’s Veteran Services Officer.  He defeated Karen Foreman, who held the seat for 12 years, in the November election.

Kevin Mettler is a drug court administrator and a former Loyola football coach.  Council member Mike Laven will now serve as dean of the council.