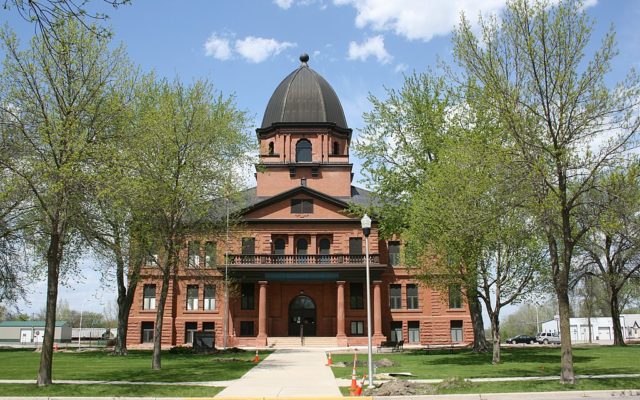 (Olivia, MN) – A Hector woman has been charged with murder after she allegedly called police to report that she had shot her boyfriend.

Elizabeth Perry Lynch, 35, is accused of shooting and killing Anthony Tebban, of Hector.

A criminal complaint says Lynch called Renville County dispatch on March 26, at about 1 a.m. to report that she had just shot her boyfriend.

Court documents say Officer Doug Best responded first to the scene.  Best knew Lynch, according to the complaint.  Lynch allegedly walked out of the home on 3rd St East in Hector, saying “Hey Best, I shot him,”

Inside the residence, the officer found Tebban laying on the floor in a pool of blood coming from his his head, according to the complaint.  Tebben was transported to Hennepin County Medical Center in Minneapolis where he later died.  Police say a semi-automatic handgun was recovered from the home.

Children of various ages were found upstairs in the home and placed in protective custody, according to the complaint.

Though Lynch was not under arrest, she volunteered to give a statement to Hector Police Chief Zachary Pierce, according to the complaint.

Lynch told police she had bought the gun and some ammunition at the Montevideo Runnings store the previous day while shopping with her daughter, and that she had never owned a gun before.  She called buying a gun a “stupid idea,” according to the complaint.

In her statement, Lynch said she loaded the magazine in the gun when she returned to Hector from shopping.  She said she wasn’t certain if she had loaded it property, or whether it was ready to fire.

Lynch said she and Tebben had been arguing when he threw a plate at her and it broke.  She said it was when Tebben approached her in an aggressive manner that she pulled the gun on him.  According to Lynch’s statement, Tebben mocked her, calling her a “f**king p***y and telling her she wouldn’t shoot.

Lynch told police she didn’t think the gun was truly loaded and ready to fire, but she must have flinched, causing the weapon to go off.  She denied shooting him intentionally, but was arrested later that morning.

Lynch also alleged past domestic abuse in the relationship.

Court documents say that the Bureau of Criminal Apprehension’s autopsy report casts doubts on Lynch’s story.   The report indicated that there was gun muzzle burn on Tebben’s head, and that the bullet traveled downward, inconsistent with Lynch’s story that she “fired as a result of flinching rather than intentionally,” the complaint reads.

Lynch is currently in custody and will appear in Renville County Court Monday morning.

Mankato School Board schedules special meeting to discuss board relations