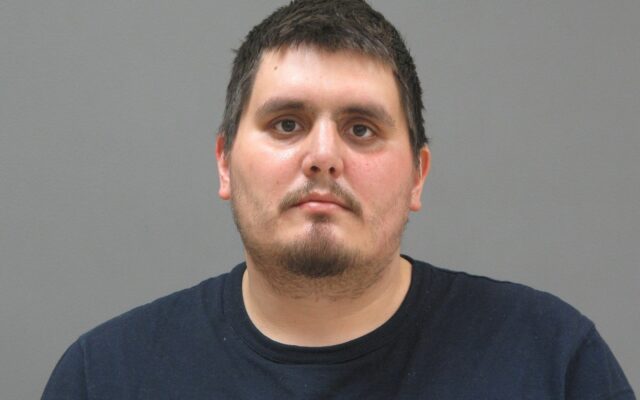 A father-son duo was arrested Thursday morning, accused of breaking into a South Bend Township business and stealing cash.

Blue Earth County Sheriff’s deputies responded on Jan 23 to an overnight burglary at Big Gain, a livestock feed manufacturer.  Employees at the business told investigators the burglars had used a forklift to bust into an office, where they stole several hundred dollars in cash.

Surveillance video and other leads led to the arrest of a metro-area father and son pair, according to a press release from the Blue Earth County Sheriff’s Office.  Both men were apprehended Thursday morning during a traffic stop.  They’ve been identified as James Joseph Casarez, 56, of Woodbury, and Tyler James Casarez, 30, of Maplewood.

Father and son are both in custody at the Blue Earth County Jail.  They also face drug possession charges, according to the release.