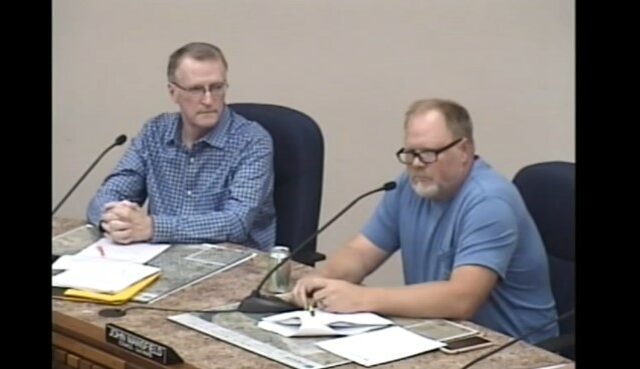 A moratorium on the sale of THC products passed in Waseca last week, and the council’s discussion on the issue left one person feeling not so chill.

Local cannabis business owner Mike Drummer was against the moratorium, which passed 4-3 at last Tuesday’s Waseca City Council meeting.  But it was the comments from City Councilman John Mansfield that really fired up Drummer.

Drummer is part-owner of Midwest Extraction Services, a 100,000-square-foot cannabis processing plant in Waseca.  He and Matt Little also own a number of CBD Center stores, including the location in Mankato. Drummer entered the CBD business after the product cured his insomnia.

During council discussion on the moratorium, 2nd Ward council member Mansfield recounted his high school days, when he would go to “dirtbag hall,” where he says anybody could get a bag of weed from Dimebag Dave.  “You know what we called him?” Mansfield asked.  “We called him a drug dealer.”

Drummer says there was an audible gasp in the audience at that statement.  He believes Mansfield, a local brewer, is worried he will lose business to a new product.

“We are 100% about science,” Drummer told SMN.  “Dosage, testing, everything we do. We spend hundreds of thousands of dollars per year on testing and research.  We’re on the science side of cannabis, not on the dimebag side of cannabis.”

There’s been no apology from the city for Mansfield’s comments, according to Drummer.  “We have enough of this on the national scene,” he said.  “We don’t need a local guy on the city council of Waseca trying to go all bully pulpit.”

Besides Mansfield’s statements, Drummer was disturbed by the amount of misinformation he heard during the council meeting.  He suggested education on his product, saying he offers tours of the facility so people can see the pharmaceutical equipment and what the business actually does.

Since the stores opened in 2019, the majority of the clientele are adults ages 45 to 70, many of them women, says Drummer.  He said their products are effective for aches and pains, anxiety, and sleep issues.  His CBD businesses employ about 30 people locally.

The moratorium, which is effective for up to a year, will keep current businesses that sell THC products in place but will prevent any similar new businesses from coming to Waseca.

Drummer encouraged citizens to continue writing and emailing their representatives on the city council to voice their support for CBD and local businesses.