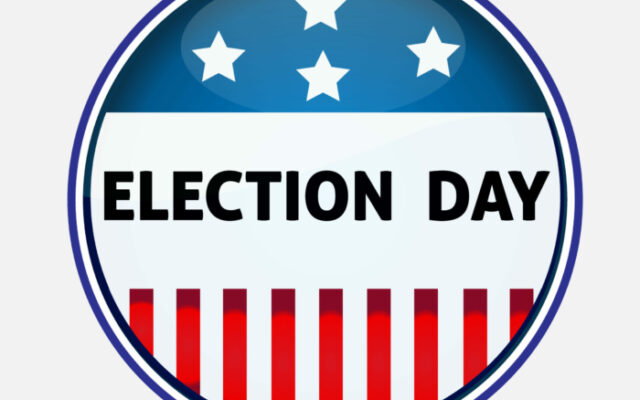 The 2022 mid-term elections have arrived.

Inflation and healthcare are two major issues facing voters as they head to the polls Tuesday.

Statewide, the offices of attorney general, secretary of state, and state auditor, and all 201 seats in the Minnesota Legislature are up for election.

The governor’s race is the major contest in Minnesota.  Incumbent Governor Tim Walz is up against his Republican challenger Scott Jensen.

On the ballot in Minnesota is the unusual U.S. 1st Congressional District race.  After Congressman Jim Hagedorn died of cancer in February, Rep Brad Finstad won an August special election over his Democratic challenger, Jeff Ettinger.  The victory meant Finstad would serve out the remainder of Hagedorn’s term.  But he also has to be reelected Tuesday to keep his seat.   Finstad beat Ettinger by 4% in the August election.  The mid-terms will be a rematch between the candidates, but there will be one difference: a new district map applies. The newly redrawn district includes the addition of Red Wing, while Le Sueur County was moved to the 2nd District.

Locally, there are a number of notable races.

In Blue Earth County, a new sheriff will be elected for the first time since 1994. Candidates Cpt Paul Barta and Lt Jeff Wersal are vying to replace retiring Sheriff Brad Peterson.

In North Mankato, Mark Dehen, mayor for the last 12 years, is running for a Nicollet County Commissioner seat.  Warren Anderson, Scott Carlson, Kenny DeWitte, and Ben Kaus are running to replace him.

Voters in state district 18A will decide who to send to the Minnesota House.  The race is a re-match from 2020 when Rep Susan Ackland (R) beat then-incumbent Jeff Brand by a small margin. The district encompasses Nicollet County, including the cities of North Mankato, St. Peter, Nicollet, Courtland, and Klossner.

Also on the ballot are races at a local level, including city councils, school boards, county commissioners, and more.

Here’s what you need to know about voting in the 2022 General Election:

What hours can I vote?

Minnesota’s polling locations are usually open from 7 a.m. to 8 p.m.  States with towns with fewer than 500 registered voters are not required to open until 10 a.m. for state and federal elections.

Where do I go to vote?

The Minnesota Secretary of State has a Polling Place Finder where you’ll enter your zip code or county of residence along with a street address to learn your polling location.  This online tool also allows you to see a sample ballot and the district races for your address.

I’m not registered to vote in Minnesota.  Is it too late?

A registered voter in your precinct who can confirm your address can also go with you to the polls and sign an oath vouching for your address.  You can find a printable list of Election Day Registration information on the website.

If you registered within 20 days of the election, you may have received a Notice of Late Registration in the mail.  You should bring it to your polling place and use it as your proof of residence.

I will need assistance at the polls.  Can I bring someone to help me?

Absolutely!  You can bring a family member, friend, or neighbor to help you vote.  There is one exception: you can’t get help from someone from your employer or from your union.  Helpers are not allowed to influence your vote or tell others how you voted.  You can also show your ballot privately to an election judge to check that it is correctly marked.

I can’t leave my vehicle.  Is it possible for me to vote?

Yes.  Curbside voting is available for anyone who must remain in their vehicle.  Two election judges from different parties will bring a ballot (and a registration application, if necessary) to your vehicle.  When you are finished voting, those judges will submit your ballot.

Voting is your right.  Your employer cannot refuse or interfere with this right, including what time you choose to vote.  You have the right to time off work to vote in all elections, state and federal, and your employer must pay you for the time you need to vote if it falls within your scheduled work time. Workers can print a letter from the Secretary of State’s office to give to their employer.

I voted early by absentee ballot.  How do I know my ballot made it in time?

Minnesota’s ballot tracker can help you determine the status of your ballot.  Voters will enter the same information they used to request their absentee ballot to determine whether their ballot was accepted or rejected.